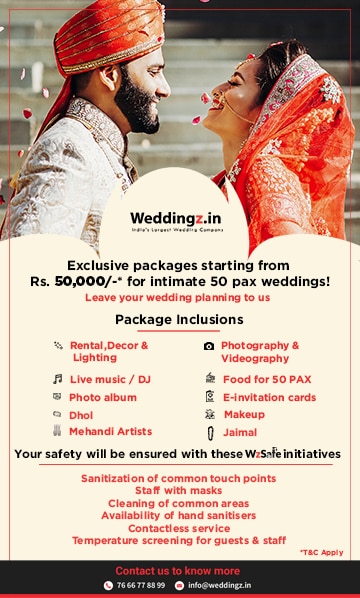 They were establishing their fledgeling careers and were not actually looking for romance but happened to land in Sydney at about the same time. The first meeting was a chance encounter where they both entered at the same time for dinner at Shiv’s cousin's place. The family had got together from different corners to celebrate Shiv’s grand aunt’s 90th birthday in Australia. Gurpreet and Shiv spoke briefly and at the end of the dinner, Shiv’s cousin asked him to drop Gurpreet home. On the drive home, they engaged in light-hearted banter while discussing the law suites as Shiv has a law degree. Shiv didn’t waste time in getting Gurpreet’s phone number. However, life got in the way and it was only after a couple of months when Shiv got back from a family trip from Hawaii that they finally caught up at an idyllic beach in Sydney. They were only supposed to have lunch together but ended up spending hours!

The couple laughs at their internal joke when asked if it was love at first sight. Gurpreet says, “Shiv says he could not speak much to me at the dinner party as he was love-struck - so for him it was love at first sight!” When we asked what made her realise if he was the one, she said “ I was travelling for work for 2 week - this was the first time I had been away from Shiv for that long. The whole trip I missed him so much, I just missed being around him and troubling him. That's when I knew I loved him and didn't want to be away from him again.”

The couple took a trip to New Zealand in December 2018 which helped them realise that they both wanted to spend their lives with each other. The whole trip was magical. Gurpreet met Shiv’s cousins for the first time. Recollecting her some precious moments, she says, “The time with Shiv’s family felt like I was already part of their family and it was the first time we had met. The love and care his family showed me made me realise how I wanted to be a permanent part of his family.”

Gurpreet introduced Shiv to her parents via facetime since they both lived in Sydney and her parents lived in India. Shiv is originally from New Zealand and his parents live in Auckland. For the couple, it was more of introducing the parents kind of thing. They organised a 10-day holiday to India to meet her parents, do the roka ceremony and shop for the wedding.

The proposal was a surprise for Gurpreet. She was at work when Shiv sent her a ticket to New York saying they were going on a holiday. Gurpreet was super excited for the trip since she had friends there! Narrating the day of the proposal Gurpreet said, “Shiv told me he was not feeling too well and asked me and my friends to head to Downtown and he would join us later. My friends took the longest route possible to get to the location and when we reached the rooftop bar, @I saw Shiv standing at the end along with my sister (who flew in from Canada), my best friend (who flew in from Australia), his close friends (who flew in from New Zealand). As I started walking, live music started playing - Shiv had arranged this beautiful couple to play and the moment was just magical.” - Gurpreet.

As for the venue, Chandigarh was the obvious choice since Gurpreets parents lived there. Gurpreet was clear that they wanted to have an intimate wedding at home which was chill and not super hectic with back to back functions. They wanted to make sure that there was some downtime for all of them to recharge.

Her dad played the wedding planner's role and was coordinating everything. They wanted a wedding where they could have all their functions and put up all the guests. The couple planned to have all combined ceremonies. They wanted the mehendi function to be by the pool and the main wedding in the garden. “Shiv and I both like natural beauty and wanted a venue surrounded by nature and Golden Tulip ticked all the boxes,@ said Gurpreet.

It was definitely hectic to plan everything in such a short period of time. Gurpreet and Shiv made a 10-day trip to India to do the wedding shopping and venue hunting. Then Gurpreet landed in India 20 days before their wedding. When we asked about how she managed to decide on everything she mentioned that she made a detailed plan for the wedding. She had created word docs with references to the decor with the decorator - which helped in getting the conversations started. Though she had to leave a lot of things for the end like trials, jewellery shopping, decor and food, she had done a lot of research before coming to India which helped. She knew exactly what she wanted and where she could get it.

The wedding began with an Akhand Path followed by a small sagan ceremony on the last day of the Path at Gurpreet’s place. The main wedding festivities were spread over 3 days.

The theme for sangeet was red and gold. They wanted this function to be really fun with lots and lots of dancing. The event flow had some dance performances, poem recitals and games followed by a lot of dancing. Both bride and groom wore Manish Malhotra on this day. Gurpreet looked very pretty in the baby pink-hued heavily embellished lehenga with red and dark red floral embroidery. To match her outfit the designer team had customised Shiv’s attire with a black coat embroidered with similar floral pattern. Gurpreet wore a diamond and ruby necklace from Jagdish Jewellers.

Haldi was a morning function just after morning breakfast. It was a small cosy ceremony with close family and friends since mehndi was to follow on the same day. Haldi look was fresh and colourful. Gurpreet wore a lemon-yellow skirt and top with colourful flowers and a net cape and adorned beautiful floral jewellery from Prune. She bought this outfit from the AZA fashion exhibition in New York. Shiv complemented her well in a yellow kurta with white pyjamas ordered online via Aza Fashion

I chose a Sabyasachi outfit as no one does red like Sabyasachi. I actually ordered the outfits via WhatsApp and made an online money transfer. I chose the outfit from their Instagram page. The shopping experience with them was great, we organised a FaceTime call to do my measurements and the outfit fit perfectly on the first trial!”

Shiv, on the other hand, wore a coordinated outfit and wanted to try and exactly match her outfit colours for this function. Shiv wore a beautiful red Nehru jacket with red thread work with off white silk kurta by Anita Dongre.

For the wedding, Gurpreet wanted to wear Rose pink, an outfit which was a mix of traditional and modern work. She visited many big brand designer stores but couldn’t find the dress of her dreams. Recalling the struggle to get the perfect outfit she said “finally entered the Rimple and Harpreet Narula store where I found my wedding outfit. I really liked the work on the outfit and the designers customised to personalise the outfit to my needs. As I live in Sydney, all the discussion and planning of the outfit happening via WhatsApp and FaceTime. They sent me swatches of the outfits and I was super happy with my final outfit.”

For Shiv, they went for contrast look to her pink outfit and decided on a pastel green sherwani with a beige stole and a pink pagdi by Sabyasachi. “The hero of his look was the kalgi which added a very royal touch to his look” she concluded.

They performed the rituals at the Gurudwara and were pronounced man and wife with the blessings of the near and dear ones. The couple was told that they would not enjoy their wedding but on the contrary, they had a gala time and made memories for life!

Their Moments
See your wedding featured here

Search by

Thank you for sharing the details

Please expect a call from our weddingz representative to collect information about your wedding.

Failed to send your form.
Please try later or contact our 24-hour helpline +912249423758 or drop in a mail to info@weddingz.in for any queries

Just a sec,
Getting the prices for your venue
OTP has been sent to your registered phone no.