7 Lively Bands You Need To Book For Your 2020 Wedding 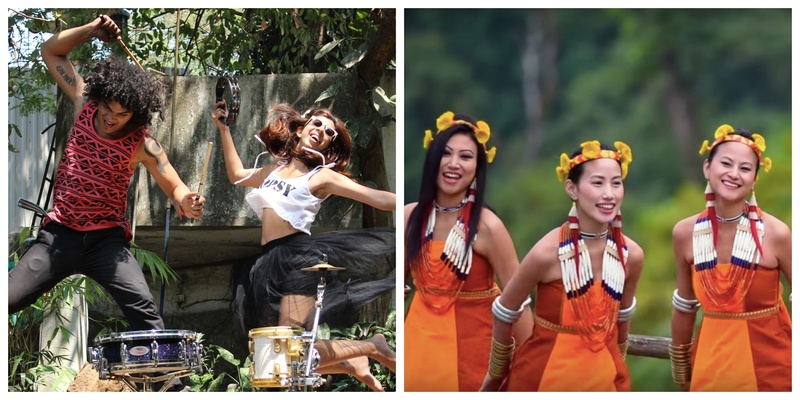 Yes, DJs are everything today and techno music has stolen the scenes, but if you’ve always been the old school romantic, stuck somewhere in the 80s or you’ve been a total 90’s alternative rock fan, then hiring a live band for your wedding is going to be the best decision ever!

When it comes to live music bands, you’ve got to know what they genres of music they perform and if they’re willing to do guest requests on the spot (because that happens a lot!). It’s also important to understand their background in music, how popular in demand they are and whether or not they are able to get the audience on the floor. Here are a few bands that rock a wedding!

1. Shannon And The Silent Riot

If you go ahead with Shannon and the silent riot, you’ve basically signed up for the biggest rock and roll of the night! Yes, he performed for Nick and Priyanka Jonas’ wedding where he got the crowd on their feet. Do not miss him playing the guitar with his tongue!

This crazy musical duo feels the music they play soo much they jump as they perform which is eventually a ripple effect for the audience. They play songs right from the hindi hits to Marathi smash hits and other high vibe songs that get everyone grooving to their beat!

Sanam live got famous for their covers of Bollywood retro songs on YouTube, that people from all age groups seem to enjoy. If you have a Bollywood night or any pre-wedding cocktail party then Sanam is the band you should hire right away. They’re perfect to bring back nostalgia with some millennial swag!

The Sufi culture is quite prevalent in Delhi. This Sufi rock band is one of a kind that gets an amazing response from the audience. If your guests love Sufi, this band would be ideal for the sangeet or event the reception!

Rocking Marmalade is a Goan fusion band that plays all your western and Hindi hits from the 70’s, 80’, 90’s and the 2000s. Their lead singer is quite a people’s person and often sings among the audience and makes them feel like a part of their performance. Get your retro song checklist ready and good to go when you book them!

Turn your wedding into a rock show once again with this band that performs retro, rock n rock, pop-rock, classic rock, modern pop and the famous Goan masala that everyone loves at catholic weddings. The band captivates the crowd with their soulful and energetic performance, making guests have the time of their lives!

Now it’s time to get headbanging to your favourite beat on your big day!

All that happened at Akash Ambani and Shloka Mehta's musical night and how their wedding invite looks like! The 2nd big fat Ambani wedding is just around the corner and I personally can't wait! And if you are thinking that you have wit... Feb. 19, 2019 4 Benefits of a Micro Wedding When we think about a wedding, we are used to seeing a long list of invitees and a whole lot of expenses that go behind trousse... May 31, 2020 7 Wedding Photography Ideas for Grooms! All our life is a memory, isn’t it? Right from learning things as kids to becoming adults, we are all filled with memories. For... May 31, 2020 10 Props to use to get Clicked With Your Bride Squad Your girl squad is your right hand throughout the wedding. From checking the wedding arrangements to help you keep your calm th... May 31, 2020 5 Things You Can Spend on When You Opt for Micro Weddings An immediate effect of the covid pandemic is the rise in micro weddings. This time it is around not just in for the trend or fa... May 31, 2020