“Love is a friendship that has caught fire.” – Ann Landers

Pratha and Sushant met each other at the Amazon Prime India office in Mumbai where Pratha was there to interview. Being a travel photographer who was seeking commercial work, Pratha’s interviewer was none other than Sushant! Soon they started collaborating over various projects and worked together for quite some time. Over time gradually, this working equation transformed into friendship. They started hanging out often, going on movies and drives together and even scouting partners for each other on matrimony sites and dating apps! All this, only to know that love can ultimately be found in your best friend.

Their proposal story is quite a unique one. Both were in Singapore on a work trip. Once when they were chilling together in the hotel room, Pratha was stuck to the TV to watch the India-Pakistan world cup match while Sushant being the exact opposite was decluttering the room, putting things back in place, cleaning and tidying up space. Suddenly he walked in from the other room and told Pratha, “I think we make great roommates.” She nodded and said “sure we do”, and he went and cleaned the leftover glasses from the night, then walked back to her again and said “maybe we should be roommates for life?” and that was it! Recalling this funny and quirky proposal, Pratha recalls, “It was my proposal, in the middle of a world cup match, with literally no drama. Exactly how I wanted.”

Sushant and Pratha were very sure from the beginning of the kind of marriage they wanted to have. It had to be a sustainable one! Hence, everything was centred around this concept. Pratha explains the idea behind this and says, “At least do the least bit you can. If you look around, you will get an alternative that is healthier, sustainable and has less carbon footprint. You gotta start somewhere!”

Hence their lovely four-day affair had eco-friendly elements and measures to cater to the same. Day one was the haldi at home, followed by the mehendi. This was an intimate affair with only the close ones in attendance. The bride and groom kept it simple in semi-casual attire as they were keener on grooving and enjoying the night away rather than managing their looks.

Day two was the day of the grand sangeet at Gallops, Mumbai. The fun and enjoyment of the first day continued more vigorously to the second day. The exquisite venue was done up in studded chandeliers, fairy lights and vibrant flowers and elevated the entire mood. Sushant donned a lovely beige kurta-pyjama with a floral Nehru jacket while Pratha looked like a princess in an elegant floral bustier which she paired with a vibrant pink lehenga and long cape.

The next day was the momentous marriage day. BKC’s MCA Club was chosen as the venue. A unique foliage mandap of lush leaves, twigs, branches and crystal strings was set up. Reusable plastic booths, eco-friendly placard signs and manure making machine were the noteworthy highlights of their wedding decor. Pratha looked like a dream in a stunning red traditional Sabyasachi saree which she paired with a light red veil and statement jewellery. Sushant looked no less in a rich ivory-hued sherwani from Toral Narang (Pratha’s mom’s label), and a subtle cream coloured safa.

Being a photographer herself, Pratha was very keen to get the best onboard given her sense of aesthetics and style. She roped in the team at Gaatha. Pratha was extremely happy with their work and now shares a great friendship with the team. The couple recount having an absolute blast collaborating with them! 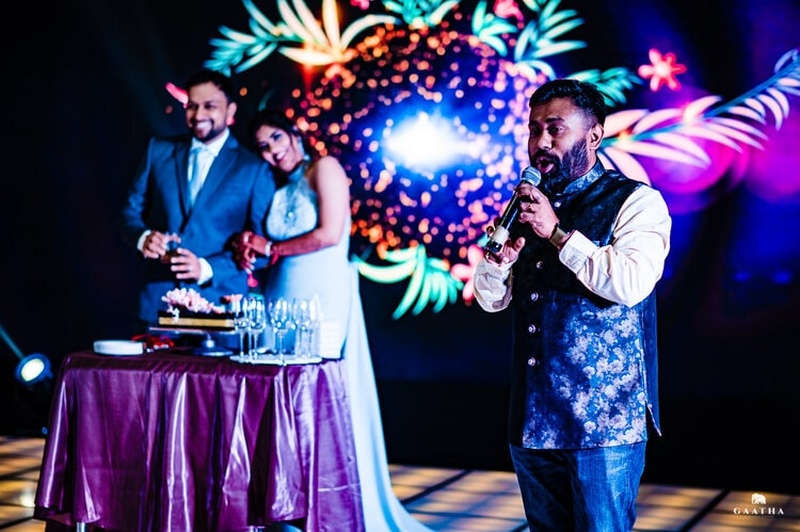 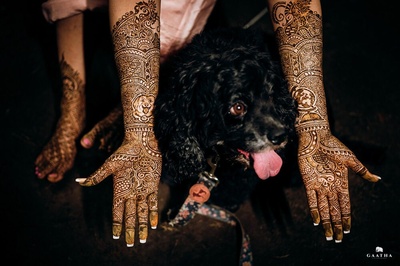 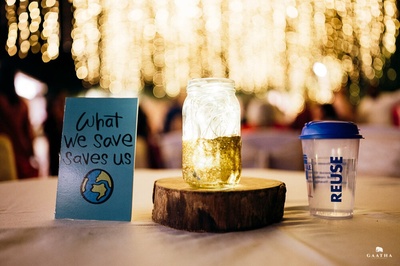 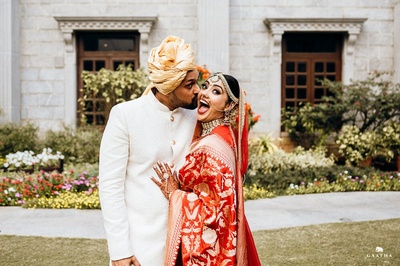 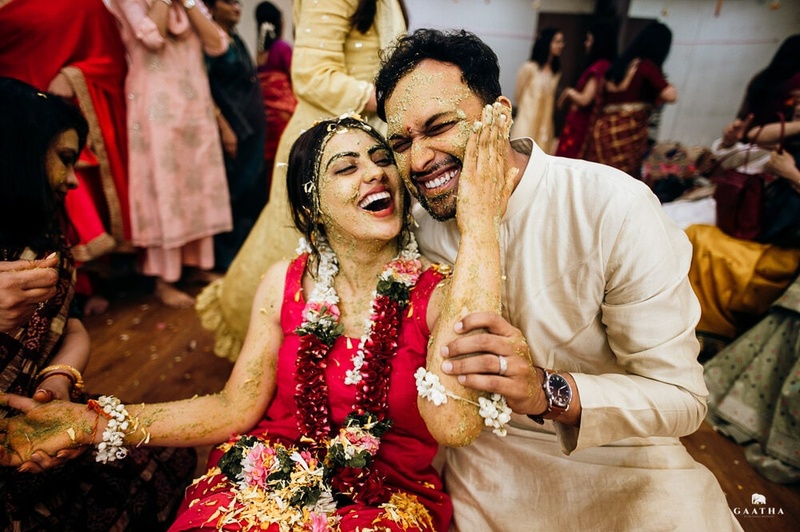 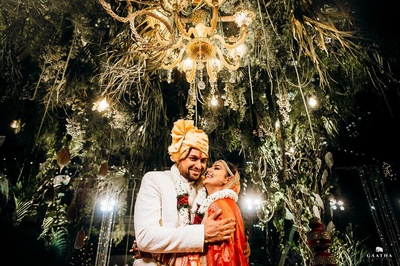